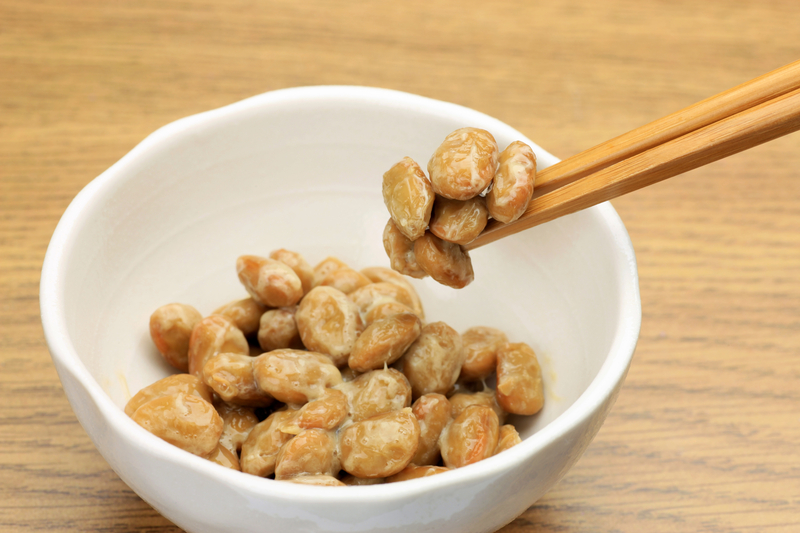 You may be asking “what do my bones have to do with the health of my heart?”  Bone is a hard and rigid organ that gives shape and support to my body and the heart is a soft, muscular organ that pumps blood through the vessels of my circulatory system. How are they related?

The answer is calcium.

We are all very aware of the emerging research linking excessive calcium supplementation with increased risk of cardiovascular disease.  The calcium we have been supplementing to strengthen our bones has been dangerously collecting in our arteries while simultaneously starving our bones of this essential bone building mineral.  The result has been an increased rate of both osteoporosis and heart disease.  So how do you ensure that calcium gets into your bones, instead of being deposited in your arteries?  The answer may lie in a little-known nutrient called vitamin K2.

Experts believe that vitamin K2 is the essential nutrient that guides calcium out of your blood stream and into your bones, preventing it from building up in your tissues.  Dr. Kate Rheaume-Bleue in her book, Vitamin K2 and The Calcium Paradox, details the controversy over calcium supplementation and explains how vitamin K2 is the critical ingredient to getting calcium into the bones, keeping your skeleton strong and your arteries clear.

Vitamin K has long been known for its role in clotting blood. In fact, vitamin K is named after the German word for blood clotting, koagulation. However, there are 2 important types of vitamin K: K1 and K2.

Vitamin K1, also known as phylloquinone, is produced by plants and algae and is found in green leafy vegetables such as kale, spinach, collard greens, parsley, broccoli and Brussels sprouts. Vitamin K1 is responsible for blood clotting activity.

Vitamin K2, also known as menaquinone, is emerging as having a wide range of beneficial health functions, one of which includes activating a bone protein called osteocalcin. Osteocalcin, upon activation, grabs onto circulating calcium and brings it into the bones where it can be incorporated into the bone matrix.  This action of vitamin K2 prevents calcium from being deposited in the blood vessels, where it could cause heart disease, and encourages its deposition in the bones.  Vitamin K2 also works with vitamin D3 to inhibit the production and action of osteoclasts, the bone cells that actively break down bone.

There are 2 subtypes of vitamin K2, menaquinone-4 and menaquinone-7 (MK-4 and MK-7, for short) that appear to be most readily taken up by our bone cells.

Are you getting enough vitamin K2 in your diet?
It was once thought that you didn’t need to seek out foods rich in vitamin K2 because the beneficial bacteria in our intestines had the ability to convert vitamin K1 to K2. However, it appears that only a negligible amount of K2 can be produced in the human intestine.  Digestive issues as well as certain drugs, such as cholesterol lowering statin drugs and some osteoporosis drugs, can also interfere with the conversion of K1 to K2.  The best source of K2 comes from a natto, a fermented soybean dish that is popular in Japan.  In fact, studies have shown Japanese women who eat natto have greater bone mineral density of the lumbar spine.  Unfortunately, slimy, smelly natto is hard to find and even harder to eat!  However, there are some other options. 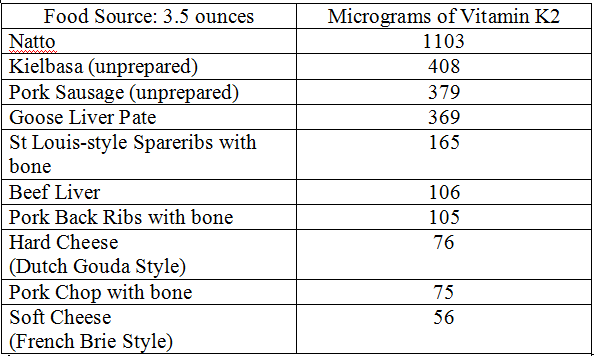 As you can see, there is a very interesting array of foods that have a significant amount of vitamin K2!  Most being animal proteins and many that a majority of us wouldn’t eat! Currently there is no official recommendation for how much vitamin K2 we need, but Dr. Chris Masterjohn, author of the Ultimate Vitamin K2 Resource recommends 100-200 micrograms per day for optimal benefit.

When supplementing, it is important to supplement with the vitamin K 2 sub-type MK-7.  Although MK -4 occurs naturally in foods, in supplement form it is synthetic. Mk-7 supplements are sourced from natto and also have a longer half-life, which will allow you to get maximum benefit from a single dose.
Contact me to discuss your needs for vitamin K2 and all you bone health needs.

NOTE: People taking anticoagulant medications, such as Coumadin, should avoid eating foods high in vitamin K or take vitamin K supplements unless under direct supervision of their doctor. 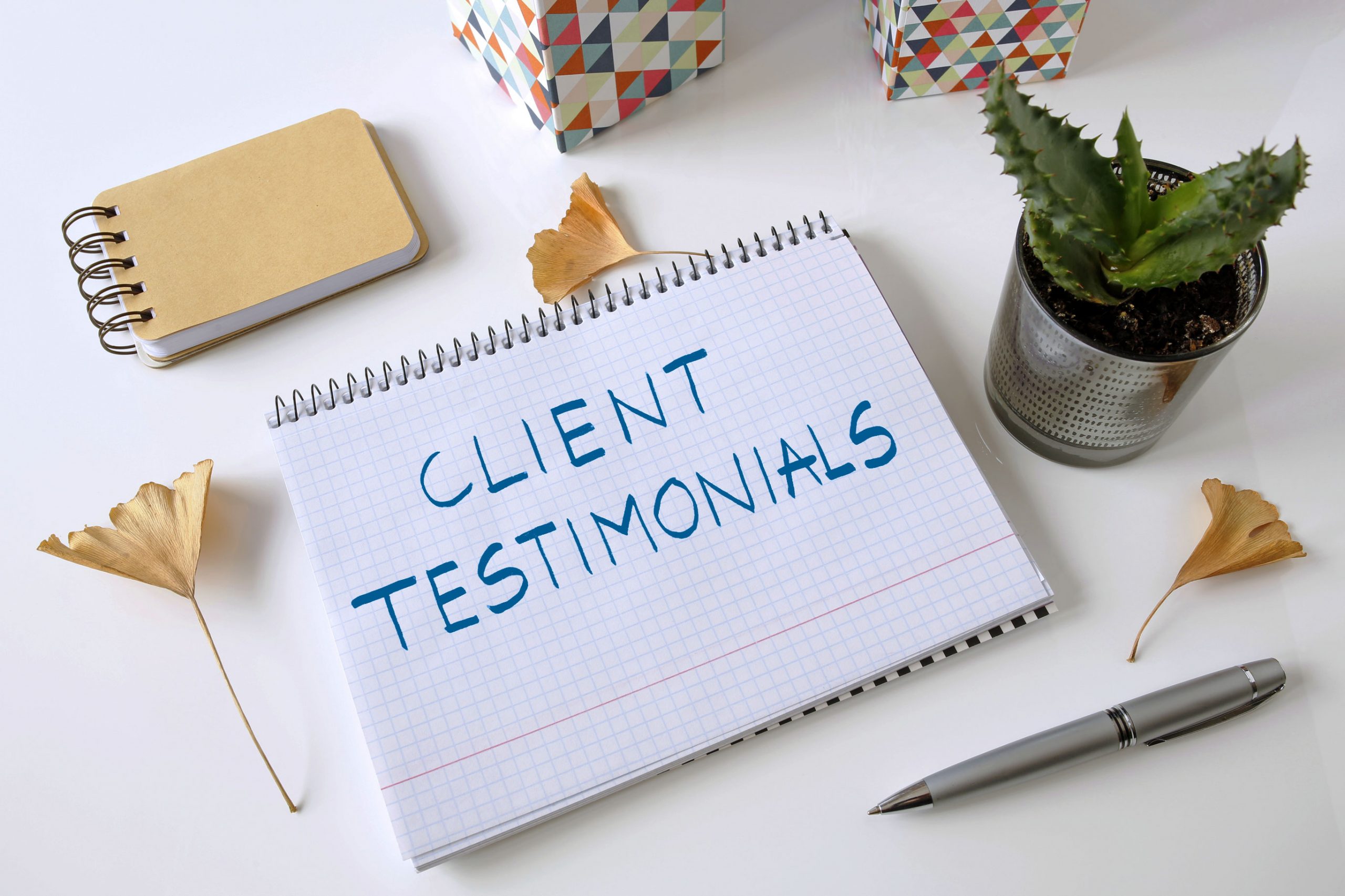 “Susan Brady is very knowledgeable about osteoporosis. In 2016, I was diagnosed with osteoporosis in my lower back. Through proper exercise and nutrition, Susan was able to guide me towards a regimen that would in turn almost reverse my symptoms. Because of her method, I have been able to curb my bone loss, gain strength, and improve my overall health. I feel that I am on the road to a happier, healthier lifestyle thanks to Susan.”~ B.L.

Guess who no longer has osteoporosis in her spine?? DEXA says now -2.4 osteopenia where was -3.2 before. HUGE improvement. No medication, just exercise and nutrition. I still have a ways to go with my hips and femoral neck, but this is really great news for me! ~D.S.

Initially, I went to Susan Brady because my family doctor told me to take a holiday from the prescription bone density medicine that I had been taking it for many years. I avoid dairy since I am lactose intolerant and sensitive to dairy protein. I was confident that Susan could recommend a superior quality calcium, balanced with other supplements that would help provide the nutrients I needed for bone health. In addition to recommendations for supplements, she has evaluated my diet and my exercise regimen, making suggestions as needed. With guidance from Susan I have been able to maintain bone health without additional bone density medicine for several years now. ~K.N.

While providing rehabilitation after my two hip surgeries, Susan also educated me in the importance of proper nutrition for strengthening my bones and improving my bone density. She encouraged me to eat an alkaline-based diet and to eliminate the junk food I was so fond of. Not only did I heal quickly, but also the doctors were amazed by the rapid bone growth as noted on my x-rays. I continue to include chia and pumpkin seeds in my diet, as well as other foods that are alkaline based. I honestly have Susan to thank for this complete transformation in my diet which has allowed me to go back to wearing heels which I thought I would never be able to do again. Nutrition matters — I am a perfect example of good bones from good food! ~R.G.

After being diagnosed with osteoporosis, I began sifting through all the information available on nutrition and osteoporosis, but it was confusing and time consuming. Even though I thought my diet was good, Susan gave me advice on how to make it even better! I benefited very much from Susan’s nutritional advice and guidance for safe and effective exercises. My recent bone scan showed improvements in both my hip and my spine, so I am encouraged that all the changes that I have made are working! ~ M.R.

While providing rehabilitation after my two hip surgeries, Susan also educated me in the importance of proper nutrition for strengthening my bones and improving my bone density. She encouraged me to eat an alkaline-based diet and to eliminate the junk food I was so fond of. Not only did I heal quickly, but also the doctors were amazed by the rapid bone growth as noted on my x-rays. I continue to include chia and pumpkin seeds in my diet, as well as other foods that are alkaline based. I honestly have Susan to thank for this complete transformation in my diet which has allowed me to go back to wearing heels which I thought I would never be able to do again. Nutrition matters. I am a perfect example of good bones from good food!” ~R.G. 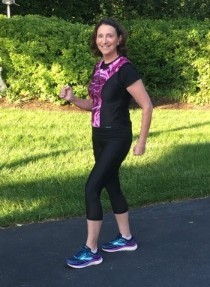 My favorite weight vest is through a company called Challenge Weighted Workoutwear.  It meets all of the criteria for what to look for in a weight vest and is very comfortable to wear.

Check out the weighted vests on their website: Weighted Vests.

At checkout, enter the discount code "Brady" and you will receive $10 off the vest of your choice along with FREE shipping.