As the world grows smaller and my patient population more wonderfully diverse, I’ve been stretched to learn more about the traditional practices of Eastern Medicine. Although I take a holistic approach to treating osteoporosis, I have come to realize that I still continue to live in the realm of science and not the non-physical essence of the body. Western Medicine looks at the body as machine, each organ a gear that must turn correctly for the machine to work. Eastern medicine looks at the person as an extension of all life and effected by all entities on earth, and to be truly healthy, needs to be balanced within as well as with the surrounding environment. Is there as benefit to integrating Eastern Medicine into the treatment of osteoporosis? 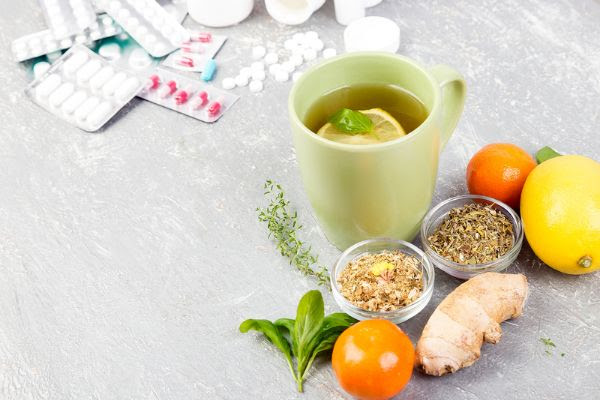 In Traditional Iranian Medicine (TIM) it is believed that the human body is a combination of four elements known as “Anasoor-e-Char-Ganeh”. These elements are water, air, dust, and fire. All people are a combination of these four factors, giving us all unique characteristics called Mizajs.

According to Abu Ali Sina, who is regarded as one of the most significant Persian physicians of the Islamic Golden Age and the Father of early modern medicine, dust and water are considered the heavy elements that make up our physical body and air and fire are known as light elements that make our psyche.

Every organ and body tissue also has a Mizaj which dictates its Warmness or Coldness. Bones, teeth, fingernails, and hair all have cold and dry Mizaj. They are heavy, firm and rigid. In order to build strong bones and teeth as adolescents one must consume foods with a cold and dry Mizaj such as yogurts, wheat, rice bran, and barley. However, as we age, it is believed that we become excessively cold and dry leading to wrinkles, poor digestive system and porous bones. So adding warmer foods to our diet to balance the Mizaj would be more appropriate.

You can also temper colder foods by combining them with warmer foods. For instance rice should be made with cinnamon, saffron, cumin seeds to get rid of “cold” nature of rice; cheeses must be eaten with walnuts, oregano, mint, cumin.

Together, they form the foundation for understanding the human body and guide the healing practices of TCM.

Jing is regarded the essence of life because it nourishes, fuels, and cools the body. It is believed to reside in the kidneys and in TCM, the kidneys are in charge of the bones. As jing diminishes with age, there is a loss of kidney qi (energy) and blood stagnation, resulting in lower bone density. Strengthening kidney function through food and herbs is considered to be a main principle in TMC to addressing bone loss.

Recently, in an animal study, a compound found in red sage has been shown to block an enzyme that is responsible for the breakdown of collagen in bones during osteoporosis.

There’s no single, most effective Chinese herbal therapy for bones because the herbs need to be tailored to individual needs. If interested, do contact a knowledgeable practitioner that can formulate a herbal remedy specifically for you. I am not an TCM practitioner, so I am not advising you to go out and purchase these herbs.Other TCM practices that aim to improve Jing and Qi include acupuncture and massage.

Ayurveda, is the traditional Indian Medicine. The term “ayurveda” can be defined as knowledge (veda) of the lifespan (ayu). In Ayurveda, the elements are coded into three forces, which govern all life processes. These three forces, kapha, pitta and vata, are known as the three doshas. These three doshas regulate every physiological and psychological process in the body. Every person has a dominant dosha, and an imbalance manifests as a sign or symptom of disease.

The three doshas are made up of five elements:

Each of these doshas have very different characteristics and although every person carries all 3 doshas within them, one dosah usually dominates. Each dosah also influences different body organs, so for instance, the main locations of the Vata in the body are the colon, thighs, bones, joints, ears, skin, brain and nerve tissues.

From an Ayurvedic point of view, menopause marks a natural transition from a pitta predominant phase of a woman’s life to a vata predominant phase. Vata, when it is in excess, has a catabolic effect on the body tissues, leading to bone loss.

Also choose warm and cooked foods, like nourishing soups and stews, over cold, raw foods. If you are to eat a raw vegetable salad be sure to add a spicy olive oil dressing to it.

How can we integrate Traditional Eastern Medicine philosophies to enhance bone health?

Many traditional practices continue to exist today, despite the advances in conventional medicines. Why? Because despite lacking in scientific research to support them, they work! As our community expands to all corners of the earth, this the prime time to embrace traditional medicine practices that have been the foundation of healing and health for hundred’s of centuries. If you are interested in better understanding any of these practices, I encourage to seek out a practitioner that specializes in these traditional medicines. For your bones and your body to truly heal, they need to be nourished by nutrition and exercise, but also through vibrant energy and spirt.

Discover How To Look And Feel Great, Eliminate Pain While Maximizing Your Physical and Mental Health!