10 Herbs and Spices that add more than just flavor!

If you follow my newsletters or Facebook Live videos, you notice I talk a lot about how systemic inflammation and oxidative stress are related to many chronic diseases, from heart disease to cancer and osteoporosis.  I often talk about foods that are anti-inflammatory or rich in antioxidants, but there is also an array of spices and herbs that provide an abundant source of these healing nutrients.

Humans have been using herbs and spices to flavor food and fight disease for centuries, long before we developed pharmaceutical medications. But spices and herbs are often overlooked in the modern diet, yet, ounce per ounce, herbs and spices have more potent disease-fighting nutrients than most foods.  According to Karen Schrock editor for Scientific American, just half a teaspoon of ground cinnamon has as many antioxidants as half a cup of blueberries, and half a teaspoon of dried oregano has the antioxidant power of three cups of raw spinach.

Adding herbs and spices to your food not only enhances the flavor of any meal but also amplifies its nutritional benefits.

There are many herbs and spices that have biologically active compounds that can help squelch inflammation, suppress oxidation, and support the immune system.  However, there are several common spices that are versatile, easy to cook with, and have unique health benefits that I believe are essential for every kitchen.

10 indispensable spices that every kitchen should have

1.Turmeric: Turmeric is probably the most beneficial spice there is and certainly at the top of my list. There have been many high-quality studies that show its numerous benefits on our body and our brain.  The active chemical ingredient in turmeric, curcumin, is a potent antioxidant and a powerful anti-inflammatory.  Amongst its many benefits, it can help fight pain and inflammation, inhibit the growth of tumor cells, and support brain function. Turmeric’s influence on brain function comes from its ability to boost levels of brain-derived neurotrophic factor (BDNF). BDNF is a growth hormone that helps to increase the formation of new neurons and fight degeneration processes in the brain.

Include turmeric in your diet by adding it to salad dressings, rice mixtures, smoothies, marinades, sprinkling it on roasted vegetables, or making turmeric-infused water or tea. I also love to make coconut-turmeric dressing to add to my fruit salads.

Tip: It is most effective when eaten with black pepper, which helps the body absorb it better.

2. Garlic: Garlic is another herb that I try to get into my diet on a daily basis. It is a potent antibiotic, antifungal, and anti-parasitic. It also has anti-inflammatory compounds that can protect against many degenerative diseases. Garlic also has phytoestrogens and anti-oxidative effects that have been shown to help to support bone health and reduce the risk of osteoporosis.

Garlic is a tasty addition to any savory dish. From chicken to pasta, sautéed vegetables, soups, marinades, dressings. Although I encourage most people to eat more garlic, eating garlic can exacerbate symptoms of SIBO (an overgrowth of bacteria in the small intestine).

Tip: For best results, garlic should be chopped and allowed to rest for 10-15 minutes before cooking. Chopping the garlic and allowing it to sit for a few minutes will activate the enzymes that will allow the formation of allicin, the compound to which many of garlic’s health benefits are attributed.

3.Ginger: Ginger has long been known for its calming effect on the digestive system. However, it’s also a wonderful anti-inflammatory that can help soothe pain and inflammation. Ginger contains very potent anti-inflammatory compounds called gingerols. These compounds are believed to explain why so many people with osteoarthritis or rheumatoid arthritis experience reductions in their pain levels and improvements in their mobility when they consume ginger regularly. In fact, ginger has been shown to be just as effective as ibuprofen for relieving arthritis pain.  Because of this, the Arthritis Foundation recommends ginger as a top spice for those with arthritis.

Ginger is a versatile spice and can go in both sweet and savory dishes. Ginger can add an Asian flair to sautéed vegetables, salad dressings, and marinades.

You can also add it to fruit smoothies or yogurt or use it to make a soothing tea.

Tip: You can also make a ginger paste to use as a topical pain reliever. Peel and mince a 3-inch piece of ginger and add to a small amount of coconut or olive oil to form a paste. Apply to the painful joint for 15-20 minutes with or without a wrap.

4.Cinnamon: Like many other herbs and spices, cinnamon also has a host of compounds with antioxidant and anti-inflammatory properties that can help your body fight infection and repair tissue. One of cinnamon’s most beneficial roles is to help improve insulin sensitivity and blood sugar control.

Cinnamon is delicious mixed with oatmeal, added to smoothies, sprinkled on yogurt or in your coffee. One of my favorites is to sprinkle cinnamon on top of toast with almond butter and apples.

Tip: You will usually find 2 types of cinnamon: Ceylon and Cassia. Ceylon cinnamon may have more antioxidants and is best for fighting free radicals and lowering your risk for disease. Ceylon cinnamon is also sweeter, making it preferable for flavoring desserts and lighter dishes. But the more important distinction may be the presence of a chemical called coumarin, a natural plant chemical that acts as a blood thinner. This chemical is present in much higher concentrations in cassia than in Ceylon cinnamon. It is contraindicated for anyone taking prescription blood thinners.

5.Basil: Sweet basil has a high concentration of an organic compound called eugenol. Eugenol has been shown to block the activity of an inflammatory enzyme called cyclooxygenase (COX). Many over-the- counter non-steroidal anti-inflammatory medications, like ibuprofen and aspirin, work by blocking this same enzyme. It has been traditionally used to soothe the nervous system and with relaxation.

The most well-known use of basil is for making pesto sauce. I keep a mixture of pureed fresh basil, extra virgin olive oil, and garlic handy in my refrigerator and use it to top off steamed vegetables or potatoes.  You can also freeze the mixture in ice cube trays which can be added as you prepare soups and stews.

6.Oregano: The organic compounds in oregano, thymol, and carvacrol, have both been shown to inhibit the growth of bacteria. It has a wide range of antioxidants, anti-inflammatory, and anti-infectious properties that help the immune system heal the body.

Oregano is a wonderful herb to flavor many types of foods, especially in Italian and Mediterranean dishes. It is always a welcome addition to salad dressings and marinades for lamb, chicken, and beef dishes.

Tip: When using oregano to spice up your tomato sauce, don’t sprinkle directly into a steaming hot pot. The steam will send moisture into your spice bottle creating an environment for mold to grow.

7.Thyme: Thyme has a long history of use in natural medicine in connection with chest and respiratory problems including coughs, bronchitis, and chest congestion. Like oregano, thyme has organic compounds thymol and carvacrol, which have been shown to have antimicrobial and anti-inflammatory actions. Thyme is also a rich source in vitamin C which can help to support the immune system.

Thyme makes a tasty addition to chicken, fish, beef, lamb, and vegetables as well as a great addition to soups and stews. Thyme enhances the flavor of dishes instead of overpowering the taste of the food.

Tip:  If using fresh thyme, be sure to add it in last and then take off the heat.  Fresh thyme, like other fresh herbs, will lose their flavor if overcooked.

8.Rosemary: Rosemary is another herb that is rich in antioxidant and anti-inflammatory compounds. It is also thought to improve circulation and blood flow to the brain which may help to improve concentration and memory. Rosemary may also help to relieve muscles and joint pain associated with arthritis.

Rosemary is best known for its use in poultry and lamb dishes, soups, spreads, and teas. One of my favorites ways to use rosemary is to add it to roasted root vegetables or potatoes.

Tip: Use rosemary in moderation. Adding too much of it to a dish can result in overpowering all of the other flavors.

9.Cayenne pepper: In every cupboard, there has to be at least one fiery spice, and in mine is cayenne pepper. Capsaicin is the compound in hot peppers responsible for the heat you experience when eating them as well as their health benefits. This spice has a thermogenic effect on the body which might help to boost metabolism and maintain a healthy weight. Cayenne also contains a range of antioxidant flavonoids and carotenoids that protects cells from free radical damage and inflammation.

Cayenne pepper is a warming herb and is especially good in the colder months to add to soups and vegetables to increase circulation and warming up cold hands and feet. One of my favorites is Cayenne Cinnamon Truffles, click here for the recipe!

Tip: Capsaicin is also widely used in ointments, creams, and patches as a pain-relief aid. It works by reducing substance P, a chemical that transmits pain signals to the brain. I find capsaicin patches to be very effective for easing back pain.

10.Cumin: Cumin is the main ingredient in curry powder. There are some studies that suggest cumin may be beneficial for weight loss as well as lowering cholesterol and helping to support healthy blood sugar levels. Cumin is also a rich source of iron and can support healthy red blood cells and iron levels, even when used in small amounts as a seasoning.

Cumin adds a nutty and peppery flavor to chili and other Mexican dishes. As part of an important spice in curry powder, it also plays an important role in Indian and Middle Eastern cuisine.

Tip: Cumin can also benefit the digestive tract and help to reduce flatulence and bloating. Simply simmer cumin seeds in boiling water for 8-10 minutes, strain, and enjoy a warm, soothing tea to relax the stomach and digestive tract.

Tips for using and storing herbs

The easiest way to add these herbs to your diet is to make sure you keep them stocked up in your kitchen! Even though you may only use a dash here or there, these herbs are a bountiful source of nutrients. Remember, spicing things up a little, adds more than just flavor! 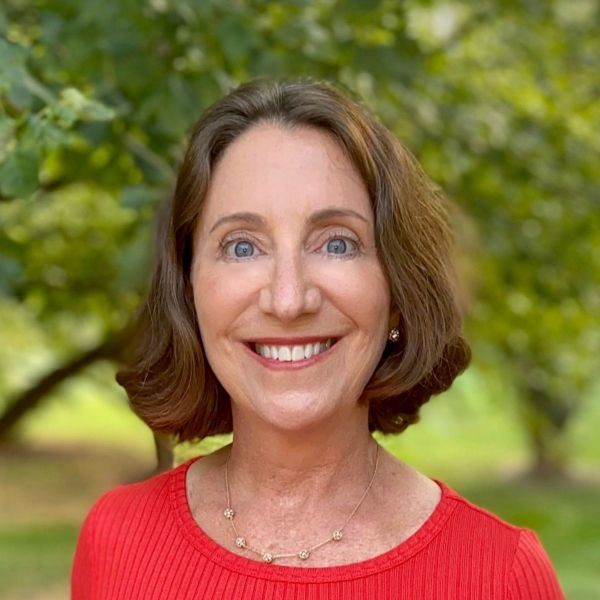 Susan Brady
is a Physical Therapist,
Nutrition Consultant and
Doctor of Integrative Medicine.
She has been treating women with osteoporosis for over 30 years and is dedicated to helping people achieve
lasting good health and vitality. 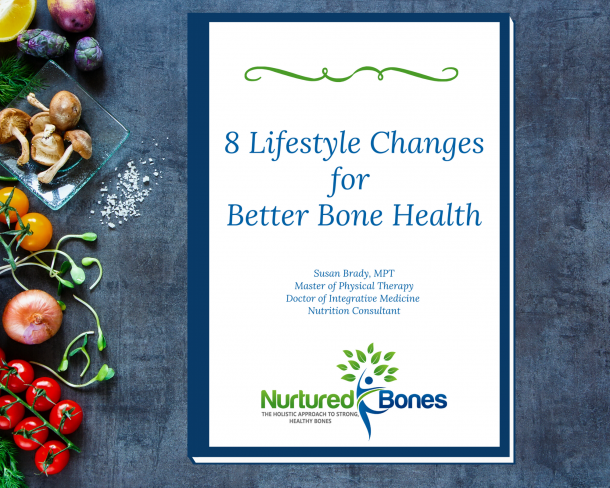 Get the FREE Guide on

Join a community of women dedicated to aging vibrantly and receive a newsletter rich in information on how to build strong healthy bones for life.